Most of us know that Thanksgiving in the United States is a day or two off of work that we take to have a feast- a huge meal, with our families. Whether or not you’re new to New York, you may also be familiar with the Macy’s Thanksgiving Day Parade! 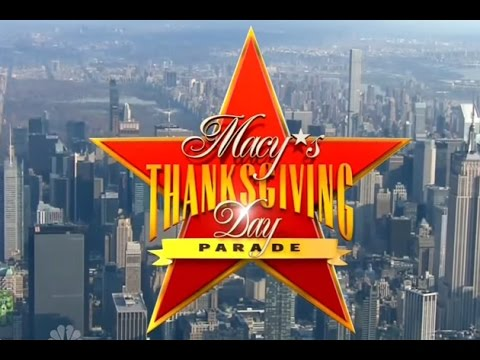 This annual* parade is on Thanksgiving Day! Many families (including my own) wake up early to watch the parade on TV and wait excitedly for their favorite parade floats, giant balloon characters, and singers to march down 6th avenue. They stop in front of the famous Macy’s Department store on 34th street and usually perform for the crowd that has been eagerly* waiting since the early hours of the morning!

Commencing in 1924, The Macy’s Thanksgiving Day parade is a nearly 100 year old New York tradition that kicks off the Christmas season. At the end of the parade you may even see a very special Christmas character!

Make sure you check out the Macy’s Thanksgiving Day Parade on your cable news network on Thanksgiving morning. Check out some photos of parade floats from as early as the 1920s!

*Eagerly – wanting very much to do or have something, especially something interesting or enjoyable

*Annual – occurring once every year