‘Loisaida’ is the NYC neighborhood at the root of powerful movements.

While walking through the Lower East Side, did you ever notice the other name for Avenue C? 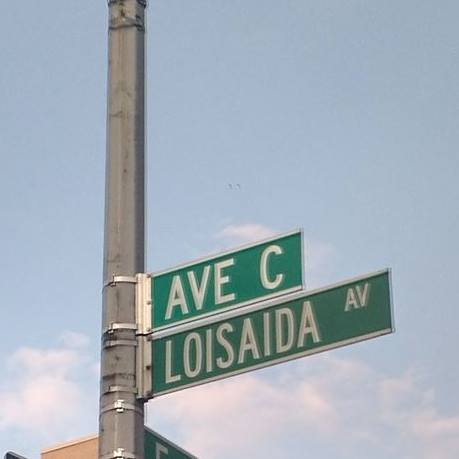 If you’re Puerto Rican or have lived in NYC for long enough to see the neighborhood change, you may have a soft spot for the word, “ Loisaida”.

Say it slowly. What downtown New York City neighborhood does it sound like?

Before The Lower East Side (LES) was a shopping and restaurant area mostly for university students, the Manhattan neighborhood was a working-class neighborhood for immigrants from across the world. In the mid-1900s, the Latinos who lived there called it “Loisaida”. Puerto Ricans and other working-class people made Loisaida a place for activism in New York City from the 1940s to the 1990s.

Activist groups tried to improve the lives of residents in the neighborhood by leading protests and mass building squats. Locals also created spaces for the community, like gardens and restaurants. These actions along with art that brought Latinos together helped form national cultural pride. This created the The “Nuyorican” identity (preferred by some Puerto Ricans from New York),

Have you heard of the Nuyorican Poets Café, opened in 1973? Many Latino artists, like poet, Aja Monet and actress, Rosario Dawson performed here! 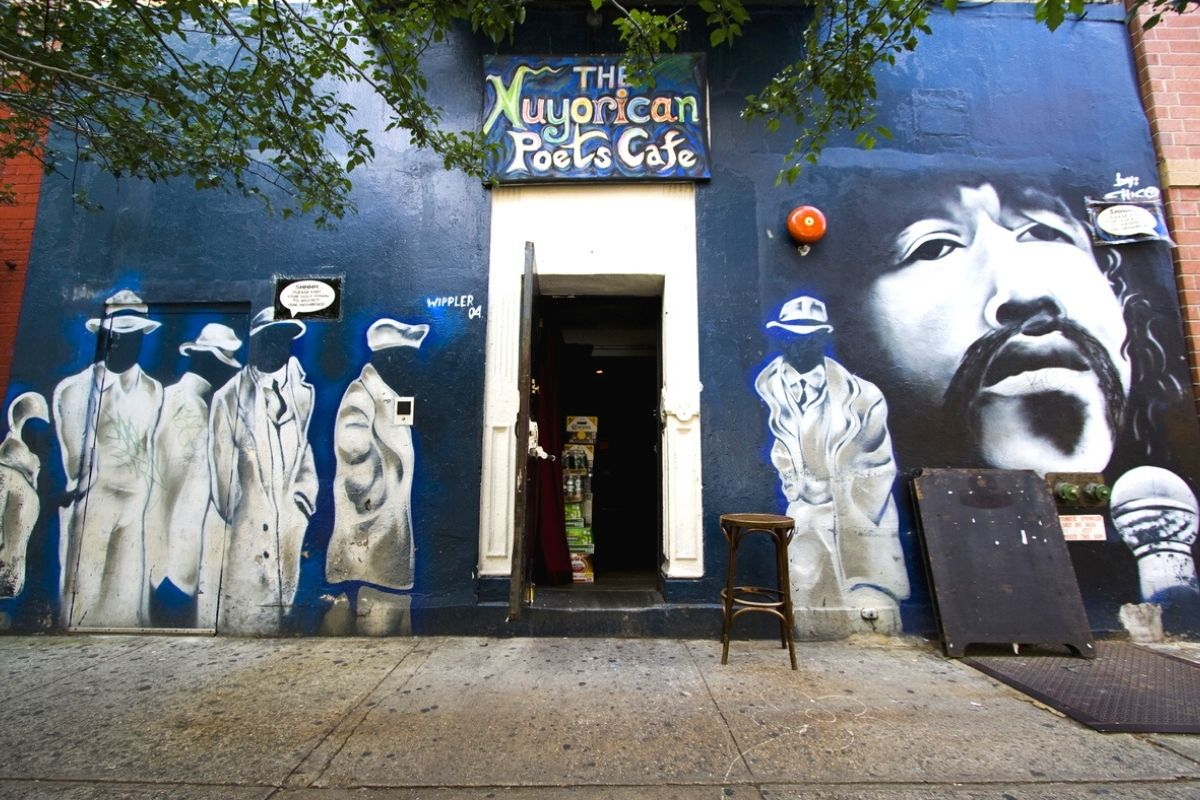 Today LES has the second-highest income inequality gap in Manhattan. As the neighborhood becomes unaffordable, Latino families who once lived well there are being pushed out. 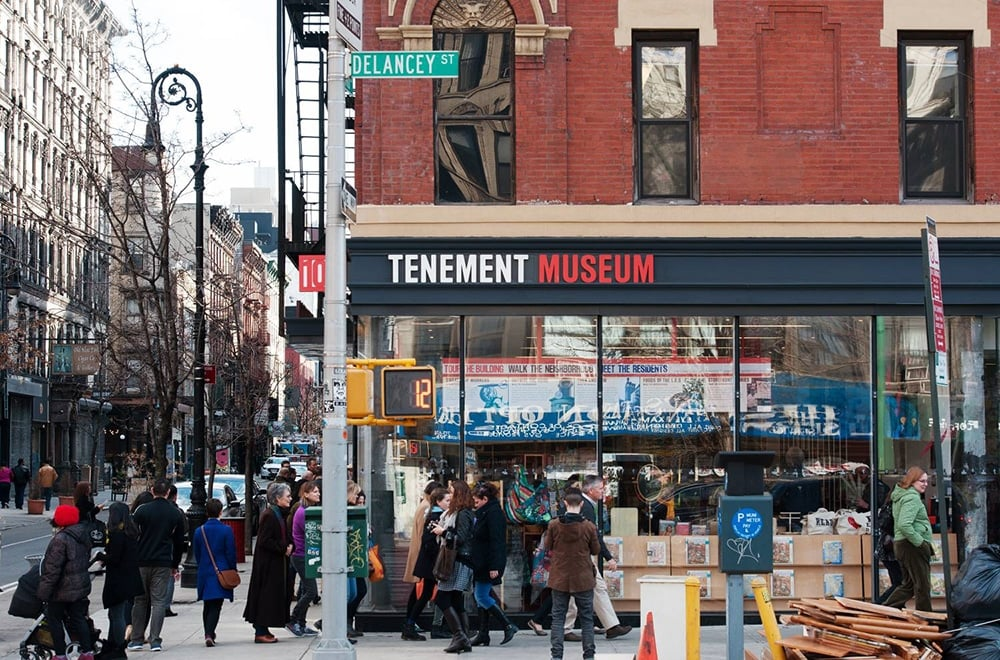 Thankfully, some cultural hubs, like Loisaida Center and Tenement Museum, still exist and remind us of the Latino influence that helped strengthen Latino movements for justice, such as the creation of the modern Puerto Rican Flag!

Check out next week’s blog to learn more about the influence of the Lower East Side on the history of Puerto Rico! 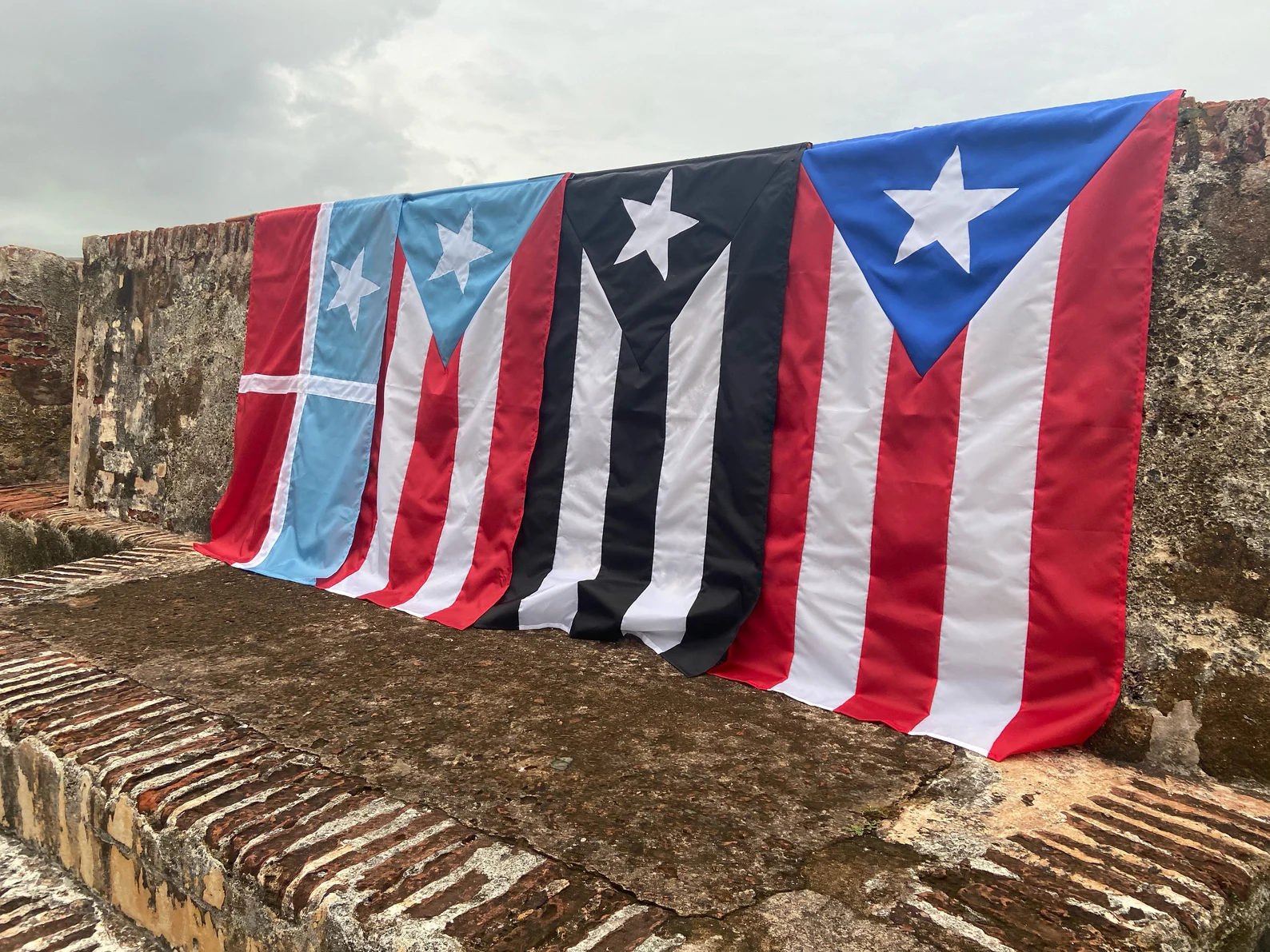 There are some spaces in some of our English classes. If your English level is intermediate or advanced, please scan the QR code below to fill out our Interest Form, and we will contact you!

Did you know that the famous arena, MSG, hasn’t always been in its current location on 34th street?

Did you know that it could move again? 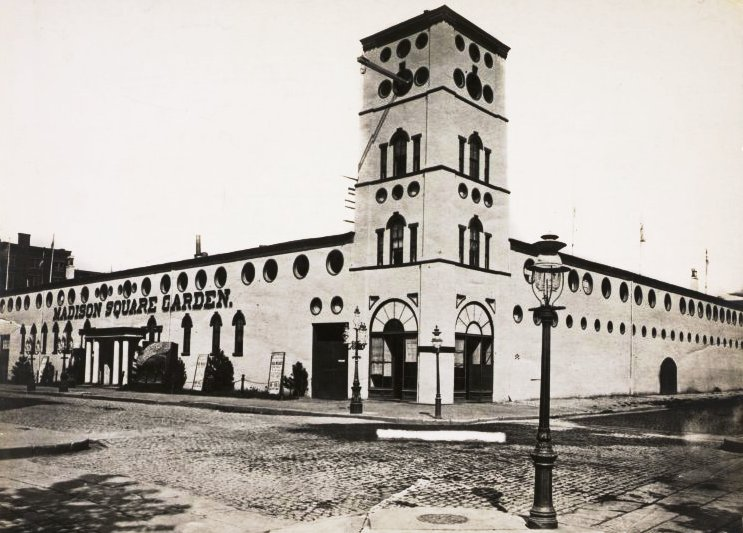 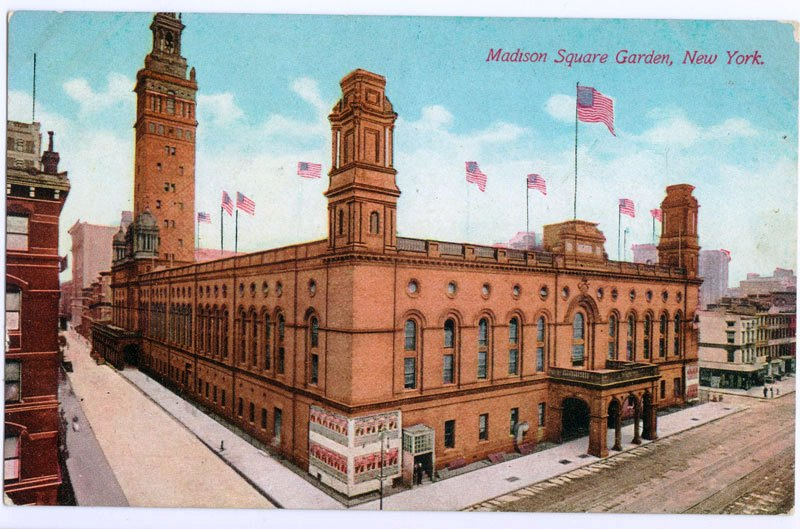 The third Madison Square Garden, completed in 1925, took under a year to build. 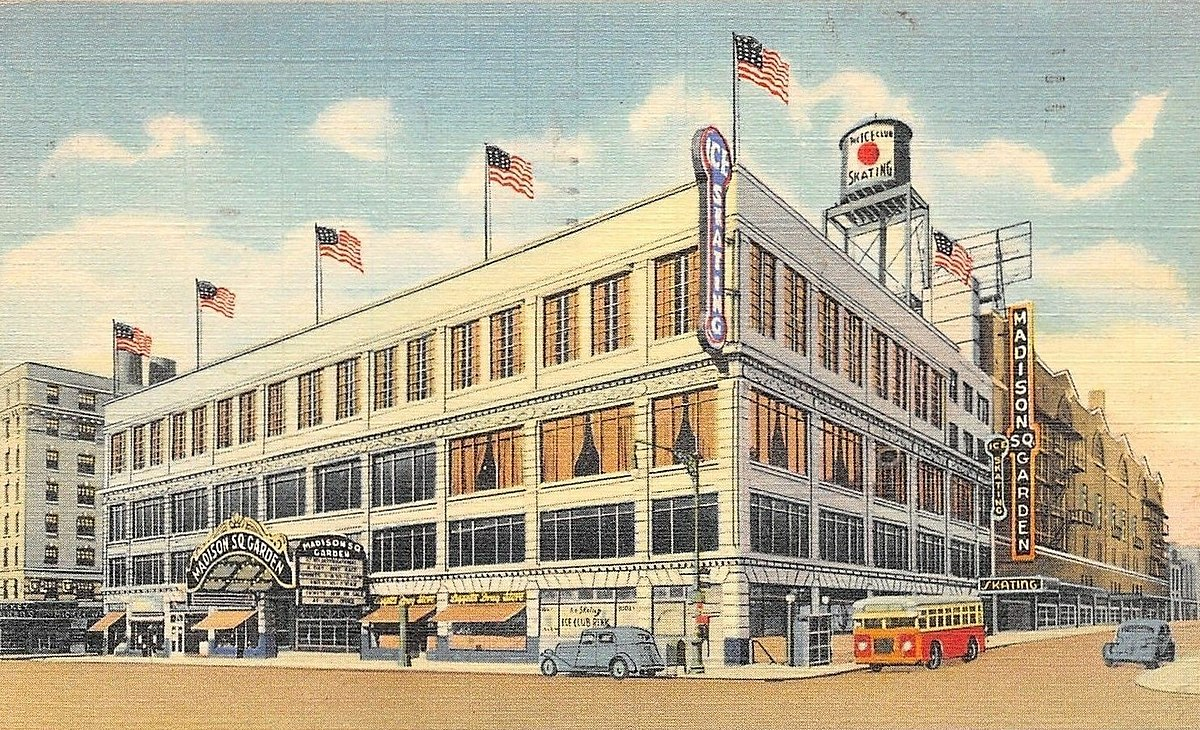 Lastly, the current day Madison Square Garden opened in 1968.  All of the Madison Square Gardens had a big impact on the culture of New York City, even though they were not all on the same site. The MSG that we know today has a lease that expires this year- in 2023! There have been talks about whether it will move, but so far, no decision has been made. Who knows? Maybe the next MSG will be in the Lower East Side!

Thank you to the reps of Assurance Wireless that visited our school last week to help our students enroll in the Federal Lifeline Assistant Program. Through this program, our participants could get a free phone with unlimited high-speed data, texts and minutes. This will definitely support the studies of our English learners!

It is an American holiday to celebrate the birthday of Dr. Martin Luther King Jr.

Who was Martin Luther King Jr.?

Dr. Martin Luther King Jr. was born in Atlanta, Georgia in the United States in 1929. At that time in America, black people didn’t have the same rights as white people. Black people had to sit in the back of buses. The schools were separated by skin color and there were even separate public restrooms for black people and white people. This was called segregation. Black people’s lives were not very good.

Martin Luther King Jr. was a minister in the Baptist Church. He fought against racial segregation. He wanted equal rights for all people, but he didn’t use violence in his fight. He asked people to fight peacefully. For example, he asked black people to ride in the front of the bus. More than 200,000 people went to Washington D.C. to listen to him speak and ask the government to change unfair laws. 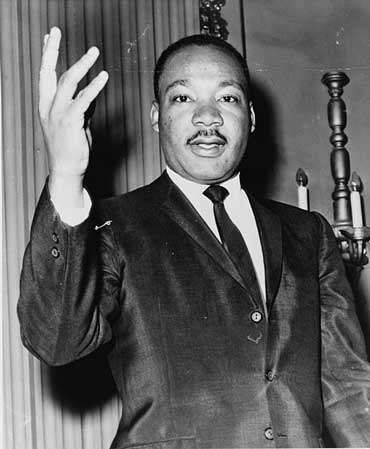 Dr. King was assassinated in 1968. Just 15 years later, in 1983, then President Ronald Reagan signed this holiday into U.S. law. People first observed(2) the holiday three years later, in 1986. At first, the holiday was not popular with all American states. Some didn’t like the name and so they called it “Civil Rights Day”. However, in the year 2000, all 50 states observed the holiday using its correct name. The musician, Stevie Wonder helped the campaign(3) for the holiday. He released(4) a famous song called “Happy Birthday” in 1980. The song made millions of Americans aware of the campaign. Six million people signed a petition(5) for the American Congress to create the holiday. It is still the largest petition in U.S. history in favor of an issue.

Many African-Americans also sing this song during birthday celebrations!

(1)  To assassinate – verb – to kill someone important or famous

(4) To release– verb– to make a product available for the public to buy, often with a celebration;

Our long-time partner, Washington Heights Workforce1 Career Center revisited us for our high-intermediate and advanced daytime and evening students, virtually this time, to teach how to search jobs online and how to ace job interviews. Our students learned a lot of dos and don’ts when they look for a job or have a job interview. We hope our students will be ready to find and have a good job when they graduate from our program.

Stay fit through the winter!

Winter in NYC can be difficult. It’s cold. There’s very little sun. Everyone wants to stay inside, and it can be challenging to stay in shape while we stay indoors. But did you know that NYC has recreational centers (rec centers) where you can exercise? Some even have a pool and fitness classes! 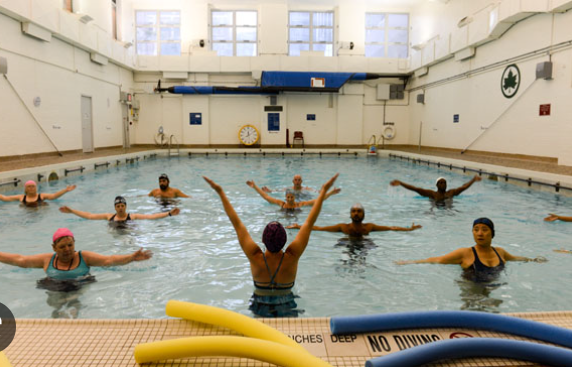 A rec center is a building that is open to the public where meetings are held, sports are played, and there are activities available for young and old. Joining a rec center is an excellent opportunity to stay healthy indoors through the winter, make friends, and learn about your community!

The NYC rec centers try their best to be affordable and convenient. An adult membership for one year is only $150 for adults! Considering that most pools in NYC are about $100 a month, this is an excellent price.

Check out the website below and click on locations to find the closest rec center to your home or job!